Los Cocos Wind Farm, the first grid-connected windfarm in Dominican Republic and is located in the Barahona and Pedernales Provinces. The project consists of 40 wind turbine generators with an installing capacity of 77MW. The Dominican National grid under the supervision of the National Interconnected Electricity system distributes the resulting electricity that diversifies the Dominican energy matrix, which relies heavily on fossil fuels. Los Cocos wind farm currently displaces 160,000 tons of CO2 emissions per year on average and generates 200,000 MWH annually of clean energy. The wind farm itself is also linked to a project that has brought electricity in the Southern Dominican Region, which is one of the poorest regions in the country.

The Dominican company Empresa Generadora de Electricidad (EGE) HAINA is the developer of this utility-scale wind energy farm, also the first in the Dominican Republic, with a value of $180 million, and has been operating since 2011. Collaboration with the community has expanded to environmental education among local communities and to the establishment of Los Farolitos, an early childhood education center for children without schooling access. The adjacent communities will benefit not only from the increased availability of electrical power but also from the social programs, initiatives, and sponsorships provided by the developer such as repairing sports facilities, providing a community center, and launching an initiative to clean up local mangroves to encourage ecotourism in the area. 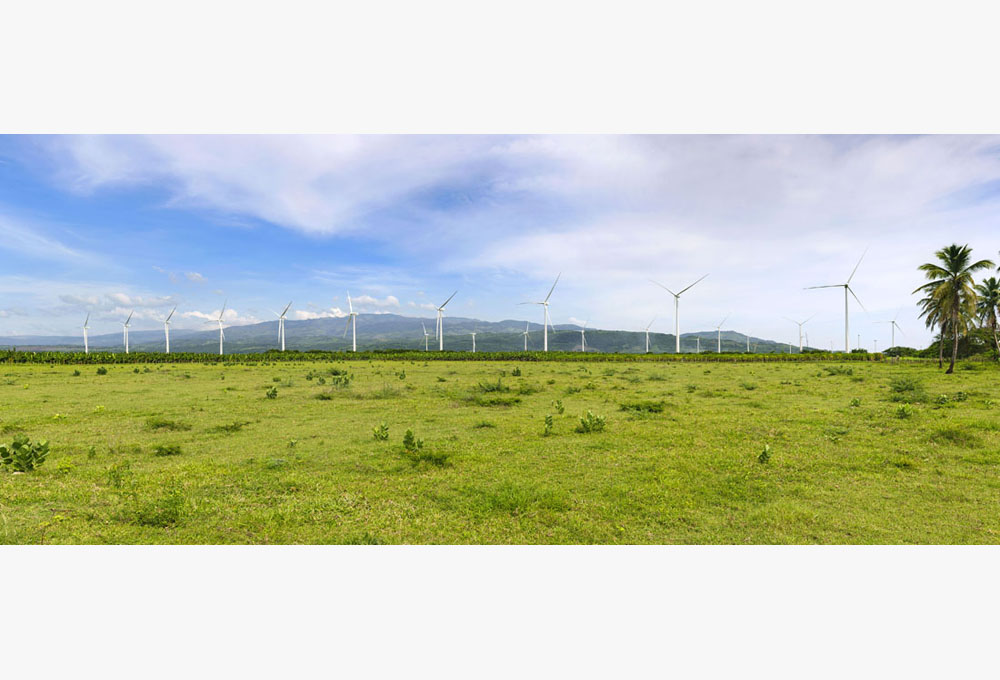