Fear in public spaces does not necessary derive from actual danger but from perception of insecurity mainly due to the sense of ‘otherness’. People are afraid of the unknown and the unfamiliar. Driven from Italy’s multicultural scene, which creates tension between populations (i.e. local inhabitants and immigrants), this project aspires to promote urban safety through inversing fear. Interactive light projection encourages the interaction between users, while increasing luminosity in a public square at night (Piazza degli Alpini).

The idea of “shadow” is employed to represent the figure of the unknown “other” that aims to dissolve. In fact, in psychology, “shadow” refers to the unknown side of our personality that we reject or remain ignorant of. Just like the “otherness”, “shadow” remains dark and scary. The interactive light projection “switches” the shadow figures of unknown people in the square and transforms into playful and colorful light. One can see as his own shadow the gesture, movement and pace of the other. Eventually, he/she could engage him in an interactive mirror game. The project encourages gradual interplay between strangers. 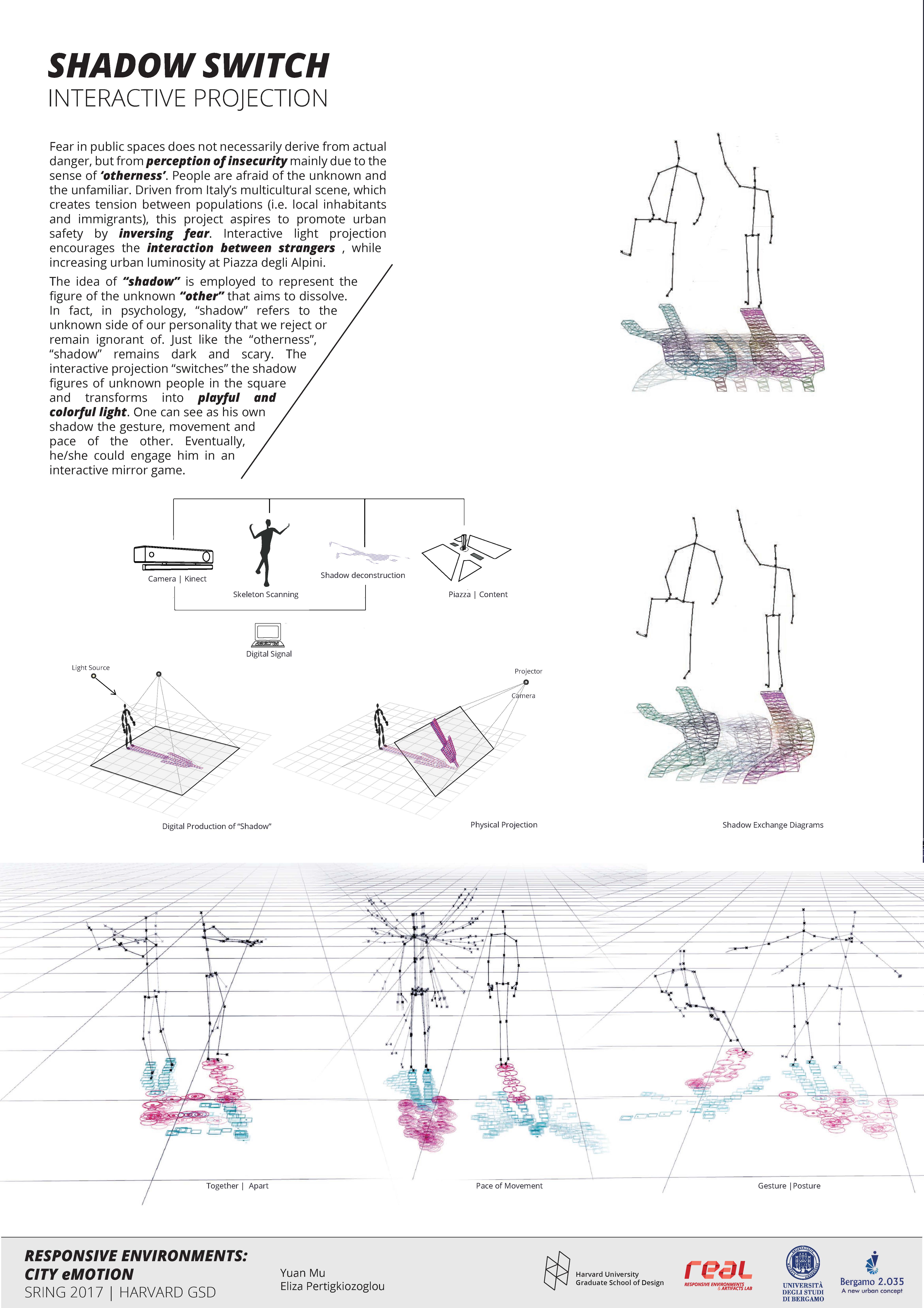 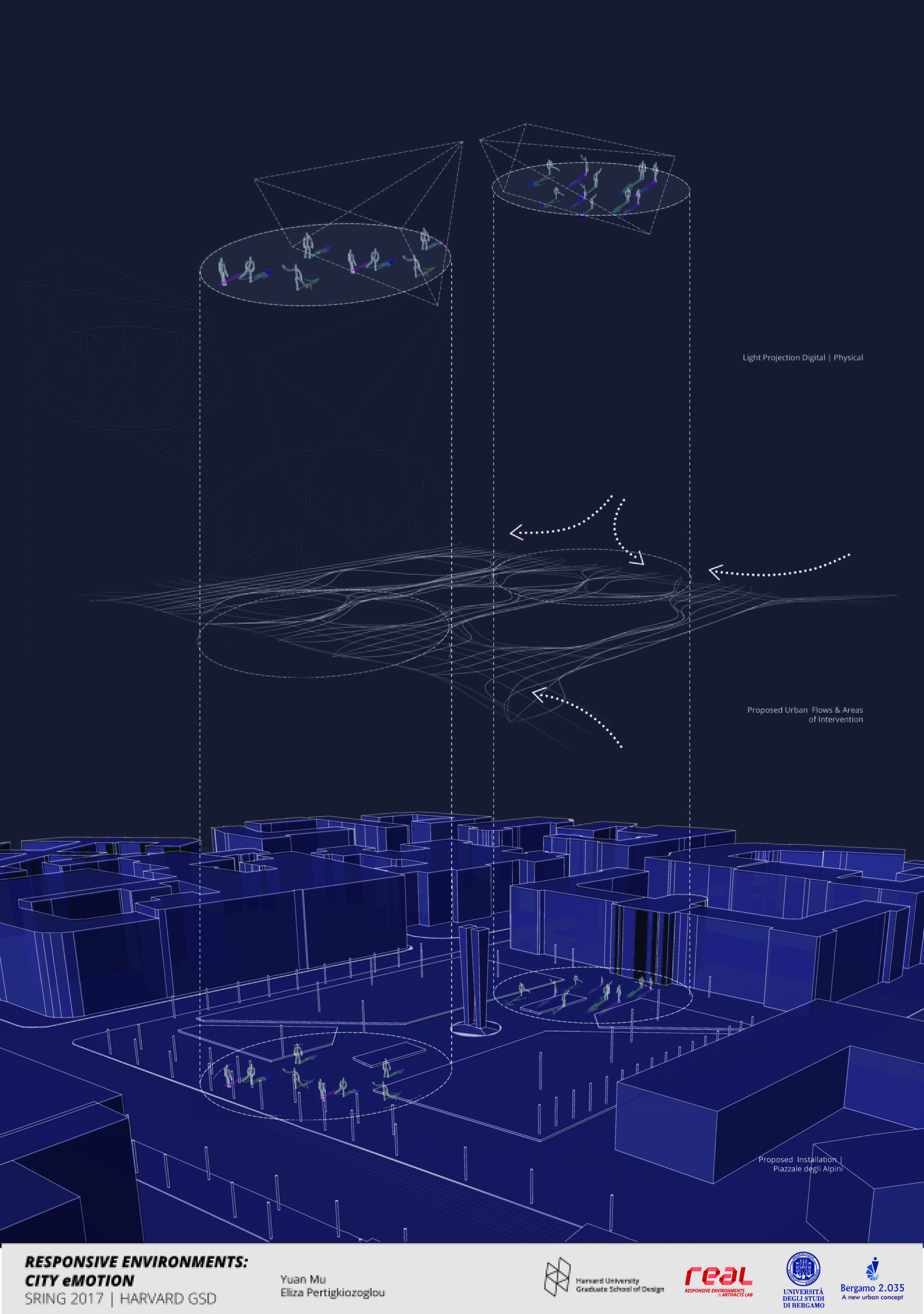