On Monday June 23, 2014, Richa Shukla and Judith Rodríguez from the Next Generation Infrastructure for Sustainable Environments research team met with Massachusetts Department of Environmental Protection Agency in their Boston office to learn about their conservation approaches in protecting the fresh water sources volumes and quality.

“We met with David De Lorenzo, Deputy Director, and Brian Brodeur, the GIS Program Director, who talked to us about the general lack of awareness about water availability in MA. Through their online mapping tool they showed depleting groundwater sources and discussed about the overall misconception that MA has unlimited water resources, but fresh water is being displaced by consumption and waste water is not used as a resource. As of now there is a water balance in the water withdraws and replenishment, but it’s a fragile equilibrium due to expected urban growth around the Boston metropolitan area. The MASS DEP protects the water sources by declaring buffer areas and monitoring pumping volumes, in fact they have not been issuing any permits for wells in the past 5 years to not upset the water levels.”

“We learned about the challenges that Chelsea’s water infrastructure system has been encountering as well as how the infrastructure is funded. Other challenges lie in how to allocate open waterfront space for the Chelsea community, as its waterfront belongs to the historical working waterfronts in Massachusetts.”

The city of Chelsea has been implementing a project on complete street renovations that has been updating old pipes and in some areas separating sewage. The revenues come mainly from end-user charges using an increasing block rate structure, which varies according to the expenditure.

On Thursday July 17th, 2014, the Next Generation Infrastructure for Sustainable Environments team composed of Yannis Orfanos, Richa Shukla, Judith Rodríguez and Binbin Ma met with Stephen Estes-Smargiassi, the Director of Planning and Sustainability in their headquarters in Charleston. 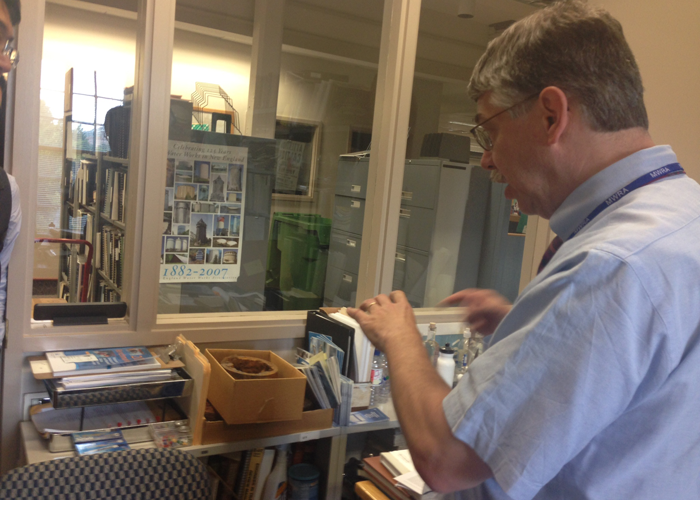 The GSD team learned about the whole MWRA (Massachusetts Water Resources Authority) system which is the wholesale water seller to the Boston area and a retail seller to the suburbs. Through their system maps we learned about their funding architecture and the role that Commonwealth communities have in the water infrastructure. Every city has a different cost structure. Communities pay the percentage they use of the whole MWRA water cost, which pays for both capital and operation cost.