This project started with a simple inquiry: how do you make a tele-periscope at a global scale? How do you peek around the corner when the ‘corner’ is the Atlantic Ocean (since one of the project group partners lives in the UK and the other in the US). Mirro turns an everyday object we all have, a mirror, into a tele-communication device – something that feels imbued with someone else’s presence.

Mirro’s affordances gradually reveal themselves. The delight comes from the process of exploring its responsive interface – an infinity mirror tunnel that actively reacts to your and the other person’s actions. On your side, rotation of the box allows a better view into the tunnel. On the other end – your rotation moves the tunnel’s direction to the side – prompting the other person to adjust the rotation of their box in response. Thus, Mirro becomes a negotiation between a metaphor (of a complex ‘global’ periscope) and its affordances (simple rotational movements) – these combined form an element of delight and surprise, as one takes part in a playful game of matching movement and orientation. 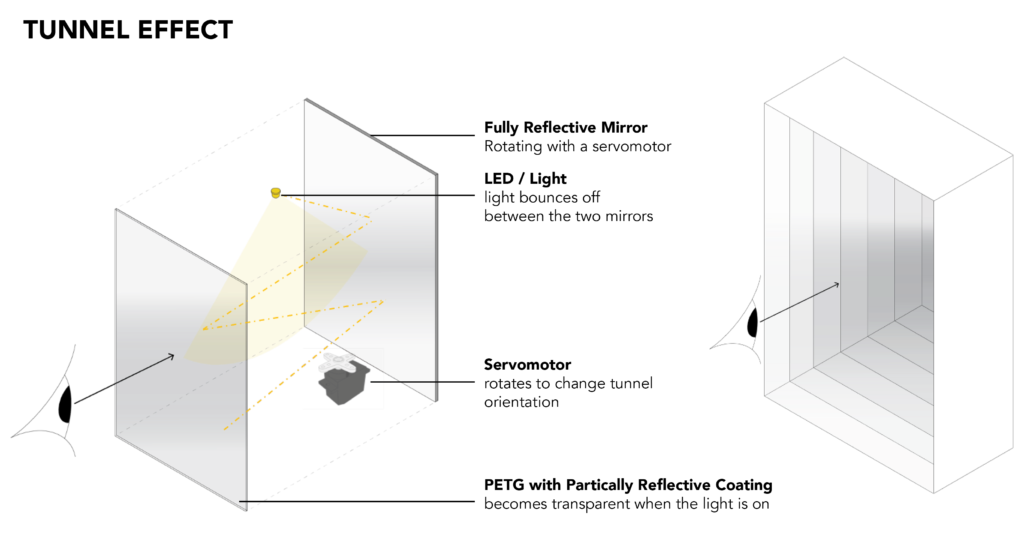