Certain physical motions and movements are known to impact and evoke certain “species- wide” emotional responses. “Motional” aims to utilize this idea in application to transport systems in the future context of 2035. An assumption that we are making is that by this time, we will see a transition to self- driving vehicles. Once autonomous vehicles become a reality, we can also start to speculate on the form and layout of the street and city scape. Self-driving vehicles will mean an end to the commonly accepted road layouts of lanes, and instead, self-driven cars will be free to maneuver in any way that it becomes determined from them, as threat of collision and human error are removed as concerns. It is specifically these “paths” and “movements” that need to be fully taken advantage of in order to elicit certain bodily/physiological phenomena, and as a result creating a resonsive transportation network that is both adapted to the specificities of the built form and individual personal needs. 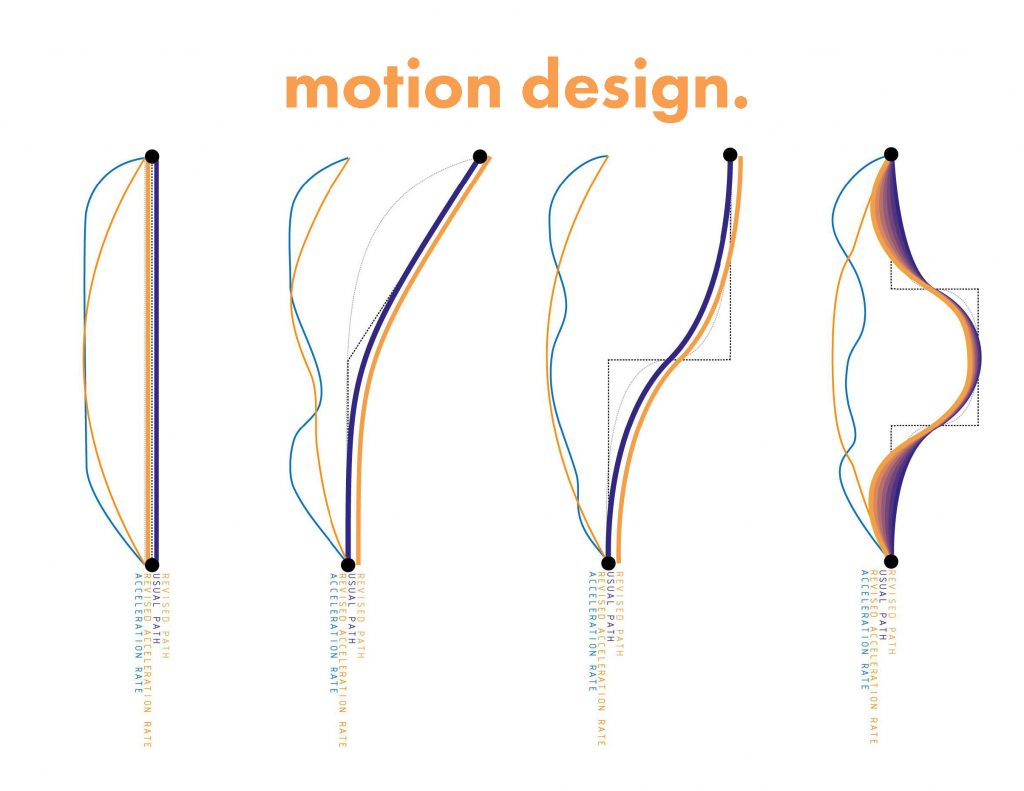 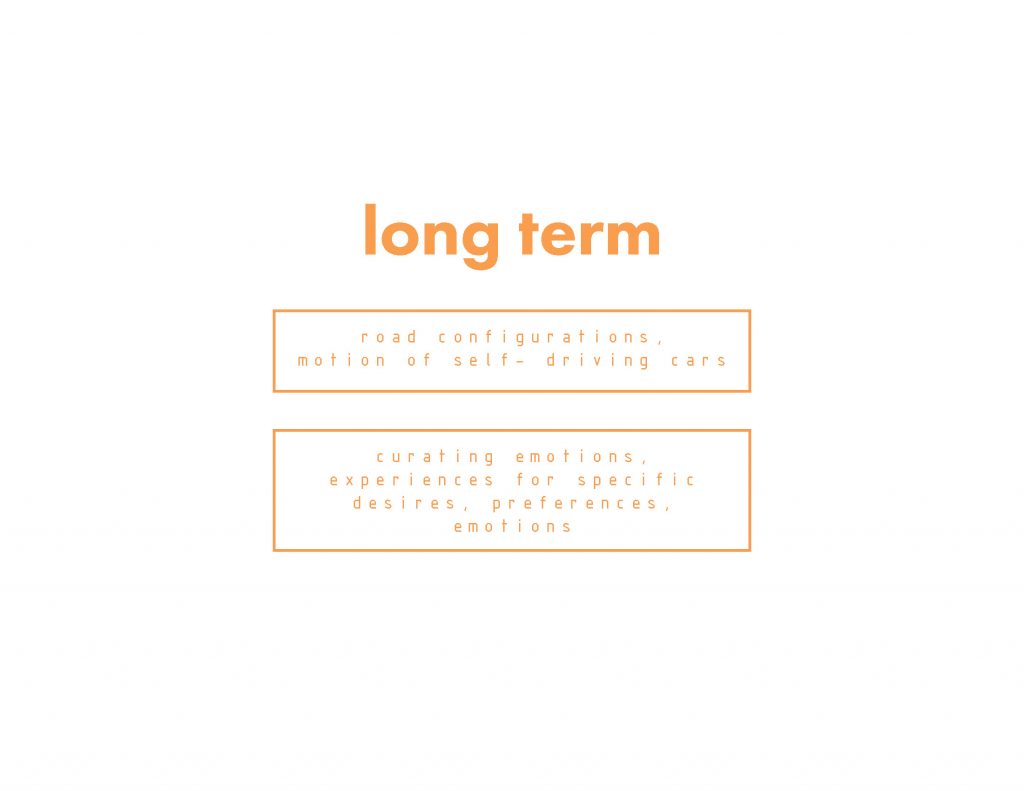