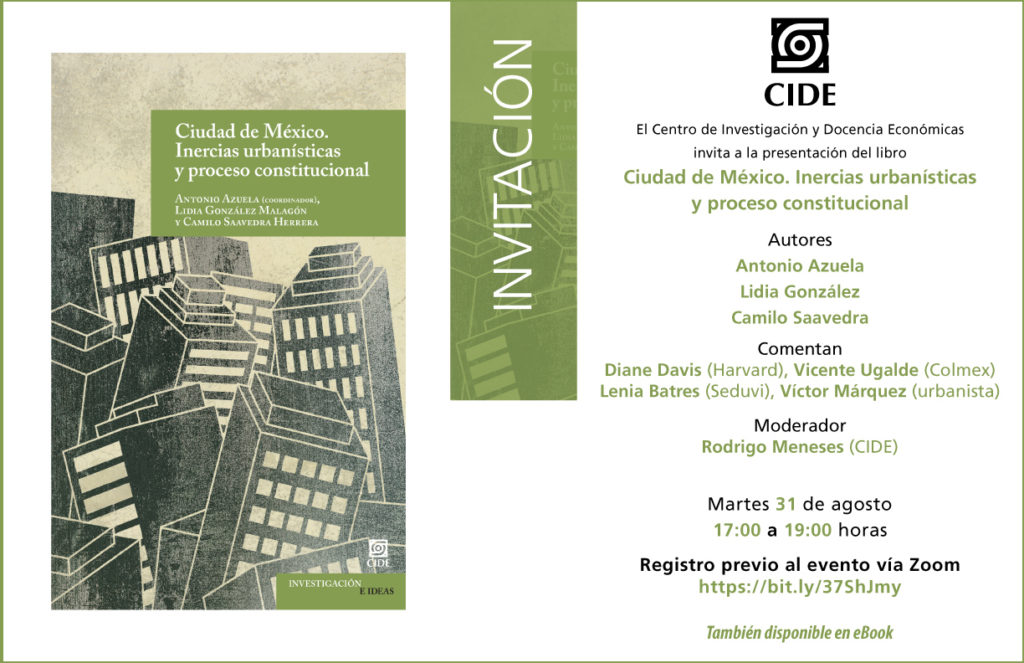 During the discussion, hosted by CIDE and moderated by Rodrigo Meneses, Dr. Azuela explained that the book hopes to more closely connect legal and urban modes of thinking, bringing question of law into the urban planning profession. In doing so, the authors critique models of urban planning education that do not appropriately consider the role of political and legal frameworks in urban development.

Dr. Davis, together with three other panelists – Dr. Vicente Ugalde (Colmex), politician Lenia Batres (Seduvi), and Dr. Victor Márquez – reflected on the book’s key arguments. The panelists spoke about the historical context in which the city implemented the constitution and the role that land value plays in equitable urban development. Lenia, for example, interpreted the 2017 constitution as the culmination and institutionalization of a serious of ongoing ideas and processes in the city over the past 100+ years, rather than a ‘new’ document.

Dr. Davis commented on the ongoing struggle between the state and the market in Mexico’s urban planning and how those are derived from the country’s post-revolutionary political history. She argued that these can be understood through legal, territorial, and political-based jurisdictional tensions between Mexico City and nation. She concluded her remarks with a series of questions, including a practical one: how can lawyers, planners, politicians, and citizens produce a legally robust set of principles that can create capacity to build a just, sustainable, and ethical city?